Behind The Scenes, Interviews, Shows

Comic-Con International–Great for Card Companies, Not for Card Sales

Once again, Comic-Con International attracted thousands of pop culture fans, filling the city’s convention center for four days – July 9-12. The show, now in its 45th year, continues to be the most prestigious comic book convention in the world, providing a variety of dealers.

Once again, Comic-Con International attracted thousands of pop culture fans, filling the city’s convention center for four days – July 9-12. The show, now in its 45th year, continues to be the most prestigious comic book convention in the world, providing a variety of dealers an opportunity to sell comics, trading cards and other items directly to collectors and fans.

And even though the spotlight has shifted over the years from an exclusive focus on comic books and artists, to becoming the main place to announce, preview and otherwise promote new science fiction and superhero movies, Comic-Con International continues to be a great place for non-sports trading card companies – unless their main goal happens to be selling cards at the show. Comic-Con International is a celebration of pop culture

This year, Topps exhibited for the first time since 2008, and despite its hard-to-find location, “had a fantastic show,” according to Mark Von Ohlen, its brand manager of entertainment. (The Topps booth was numbered 2913-J and creatively placed between rows 3200 and 3300.)

“This year, we had a lot going on,” said Von Ohlen. “We had some great events at the booth, including giveaways each day, an autograph signing and a video shoot. We even had exclusive merchandise.”

Von Ohlen explained what made this year’s Comic-Con participation worthwhile for Topps. “Goal One was to tell everyone what we have coming out this year. Goal Two was to really connect with the consumer. We really wanted to meet our fans, and there’s no better place than a convention. We talked about our digital app that allows people to collect cards digitally.” “The real focus of the show was Force Friday, coming September 4th,” said Von Ohlen, talking about the day when retail stores across the country will offer new Star Wars merchandise, including cards and toys. The Topps booth featured a clock that provided a countdown to Force Friday. “That’s the clock I was staring at for four days,” he said.

Von Ohlen expects Topps to attend the 2016 San Diego Comic-Con. “We want to be in the Lucasfilm Pavilion again next year. We’ve got numerous releases lined up. We’ve got a very robust calendar.”

Jodi Wasserman, director of marketing for The Upper Deck Company, which is headquartered in Carlsbad, California, was also pleased with the show. “This year, we are launching Upper Deck Gallery” Wasserman said, referring to the company’s new line of prints featuring popular comic and movie characters.

This is the 10th year that Upper Deck has had a booth at the show. “Our office is 30 minutes from here. This is in our backyard!” enthused Wasserman. “We meet with licensees, and every year we have exclusives,” she said in front of the wall-sized promotion for the company’s new “Marvel Secret Wars” cards. Wasserman was also there to help promote the new “Hello Kitty Dog Tags” and other “Hello Kitty” merchandise. “We have a special ‘Zombie Kitty’ for the show,” she noted. Jodi Wasserman of the Upper Deck Company at Comic-Con International

Mark Abent, president of Mark’s Non-Sports Cards in Cerritos, California, reported mixed results. “Overall, the show was at least 20% lower then last year, but we made great contacts and met new customers. “Cards that sold well were older series like Garbage Pail Kids, Green Hornet, Marvel, DC, the premium binder of Art of Robert Aragon, Star Wars, and Star Trek, The Hobbit, and Jursassic Park and Terminator, due to their recent movie releases,” said Abent. “Cards that did not sell good were new product like Sons of Anarchy, James Bond, Wacky Packages and other new products. Everyone (at Comic-Con) sells new product for next to nothing.”

Abent, who plans to return to Comic-Con in 2016, offered advice to any first-time dealers planning to have a booth next year: “Do not expect to sell new product unless it’s hot and is in high demand. Online prices are giving it away next to nothing at times, and the manufacturers do not regulate this like Upper Deck does. Everyone is looking for a bargain and they expect deals when they buy several items at once.”

“Comic Con is amazing, and I would not miss it for the world,” he continued. “I see it’s getting harder for buyers to enter the venue due to the demand of tickets, so less and less buyers are getting in, and more and more who are getting the tickets are not non-sports buyers. Also dealers are not buying every product that comes out. So print runs are getting lower and lower, and dealers want to sell out of what they buy. So cards that come out now would be worth it to put away for the future investment, since it’s really low print runs that you have to look out for. Look for product that is numbered, and keep them sealed if you can.”

Peter Stroj, co-owner of Gina’s Non-Sports and Gaming Cards, described his sales at this year’s Comic-Con as “terrible.” The Orange County, California-based retailer was happy with their sales at recent shows in Orlando. Atlanta and Chicago, but was disappointed by sales at their first booth in San Diego. “People are not interested in cards here,” said Stroj. “I’m not doing anymore shows. I’m going to be all on eBay.”

A few minutes later, however, he softened his stance. “We might do the show next year, but I won’t be bringing cards, just toys.” Tony Sacarello of Triangle Cards traveled from Wake Forest, North Carolina to San Diego for his 16th Comic-Con where his sales “have been up and down.” Overall, he said his sales were down this year compared to recent years. “It’s definitely not the economy,” said Sacarello. “‘Big Bang is flat. The Walking Dead used to be a good seller, but not this year. For whatever reason, collectors are getting pickier. We need the younger generation to collect cards. We’ve got to get the younger generation interested.”

He noted, however, that some cards do sell well at Comic-Con. “Whatever’s exclusive (sold only at the show) does well. And as a rule, anything that’s new sells better than anything else.” Tom Breyer of Breygent Marketing is ready for business

This year’s Comic-Con was “great,” according to Tom Breyer, president of Breygent Marketing. This assessment is despite the fact that the Saint Laurent, Quebec-based company attended its sixth show with fewer cards for sale than expected. The 300 three-card packs they had for sale as a show exclusive, sold out on the first day of Comic-Con.

“Last year, I had more product, because (what we planned to sell this year) wasn’t done in time,” said Breyer. “But for me, it’s about meeting people here – customers, dealers, distributors, artists, maybe a meeting with a TV studio.”

Meanwhile, some non-sports card companies decided not to make the trip to San Diego this year.

“My decision for not being there is financial and logistical,” explained Richard Parks of RRParks CARDS in Dayton, Nevada. “I’m the CEO, president, graphics department, writer, marketing department, shipping department, accountant, manager, product assembler and janitor. And with five card series planned for release by Halloween, I’m working roughly 10-12 hours every day – and the weekend – from now until November, when I intend on treating myself to a ‘week off.’

“New and/or smaller non-sport card companies (Monsterwax, Acheron Mint/Studio Haedes, RRParks CARDS), unless they are the ‘big boys,’ engage in a constant struggle – mostly financial,” Parks continued. “Tables at events are not just very expensive compared to the revenue they generate, but it’s also the ‘time’ and expense of traveling and taking off work to attend. While some publishers, even small, often do attend, it’s because they have enough money and time to do so. For me, neither of those two luxuries exist at this time. I’d like to attend cons and shows – and someday I hope to do so. When I’ve achieved enough of a ‘name’ in the hobby where I’ve got at least a sporting chance of ‘breaking even’ on table cost and travel expenses, then I’ll look into attending.

“We exhibited there once in our company’s 16-year history, and we simply did not find it to be a profitable experience,” explained Steven Charendoff, president of Rittenhouse Archives, Ltd. in Jenkintown, Pennsylvania. “The simple reality of that show is that it’s extraordinarily expensive to exhibit there, if you can even get space, which is not always possible. For our business, in particular, there are better uses of our advertising and promotional dollars.”

“The reason we aren’t exhibiting at San Diego Comic-Con really comes down to exhibition space and waiting lists for space at the convention,” said Laura Waniuk of Cryptozoic Entertainment, which had an offsite retail store four blocks from the 2012 San Diego Comic Con. The company is based in Lake Forest, California, about an hour north of the show.

Monsterwax, headquartered in Tallahassee, Florida, did not have a booth at Comic-Con “because the airfare, lodging, and convention fees are usually more than we can sell – and most people buy from us direct via the web.”

“Whilst I personally attend the event, we don’t feel a presence is required at this time,” said Barrie Roness, founder of Unstoppable Cards Ltd., a company that decided against making the long trip from their offices in England. “Maybe next year.” 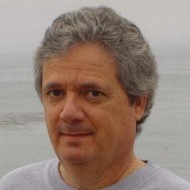 Steve Pastis started collecting trading cards in the late 1950s. He started writing about cards in the 1980s. His work has appeared in Non-Sport Update, Baseball Cards, Circus, Collector's Edition, The Pop Art Times, Cartoonist and Comic Artist, and Cool and Strange Music.