Richard Parks of RRParks Cards sure loves to chronicle things. First was Chronicles of The Three Stooges Series 1-4 (and soon Series 5) and now it’s Chronicles of The Grim Reaper Trading Cards. Detailing the adventures of the ultimate Big Bad, this gothic horror, 74-card. To raise funds for this most unusual trading card project, Parks has taken to Kickstarter, the crowdfunding website that has worked so well for him in the past. To get a full appreciation for the project and to view the various pledge levels available, go to Chronicles of The Grim Reaper Horror Trading Cards campaign. The campaign, which is already in positive territory, runs through Tuesday, January 12, 2016 at 9:40 PM EST. 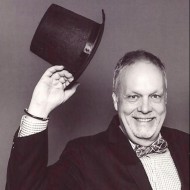