An animatronic head used during the filming of Garbage Pail Kids: The Movie has surfaced on eBay..

If you haven’t seen Garbage Pail Kids: The Movie, don’t bother. It’s one of the most disturbing “family” films ever made. Don’t believe me? Here’s a small taste:

Still, for GPK collectors who have to have everything, an interesting item has appeared on eBay: Valerie Vomit’s animatronic head. According to the auction’s description, the souped up bike helmet was worn by Debbie Lee Carrington during filming. And yes, the helmet’s actually more freaky looking than the character it ended up being.

Basically, it’s a like giant brown whiffle ball with all sorts of wiring hanging out. From the pictures in the description, almost every crevasse is caked in dust, likely from sitting on a shop shelf for more than a decade.

The piece comes from a collection once belonging to filmmaker John Carl Buechler, whose credits include Ghoulies, Halloween 4 and the original Troll. The auction states that he’s currently planning a Troll remake. Yikes!

At about $250, one could conceivably buy the animatronic head and go for a bike ride around the block with it. But as a prop head skeleton from an atrocious movie, even one based on the most iconic non-sport cards this side of Mars Attacks!, is it really worth bragging about? 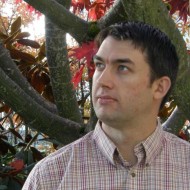 Barely tall enough to reach the counter, Ryan Cracknell began his card collection with E.T. the Extra Terrestrial. Little did he know at the time his grandmother's collecting gene had been passed on to him. Soon his card collecting expanded to dealing contraband Garbage Pail Kids to his friends at school. Ryan can be found on Twitter at @tradercracks.