This week we are taking a closer look inside the boxes of some long-awaited products. Yesterday, we reviewed Downton Abbey Collectible Cards: Seasons 1 & 2. Today we’ll see what is in a box of Breygent’s American Horror Story Trading Cards. When American Horror Story premiered in October of 2011 with a family moving into a haunted house filled with spirits, viewers had no idea that by the time Season One ended, almost everyone in the cast would be dead. The cast, that included Jessica Lange, Dylan McDermott, and Connie Britton as well as a great screenplay made The Murder House of Season One a hit for FX, and this November, Season 4 will continue with more shocking, horrific moments to feed our nightmares.

Collectors were excited when Breygent Marketing announced it had the license for American Horror Story, and it was over a year ago when the first AHS promos appeared at the Spring 2013 Chicago Collectors Show. Since then, there was a preview set that quickly sold out, and many more promos. Tom Breyer, showman that he is, has posted images on Card Talk of the many Costumes, Autograph, and Sketch cards to whet our appetites. Finally, release day is here, and little red boxes of AHS are being shipped to good and bad little boys and girls everywhere. I was able to snag one of the first boxes, and here’s what was inside: Overall a beautifully done set. Breygent has scheduled releases of the next two Seasons of AHS, Asylum and Coven, for later this year, so more horrors are in store for us. This is a home run for Breygent and it may surpass Grimm in popularity. 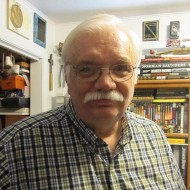